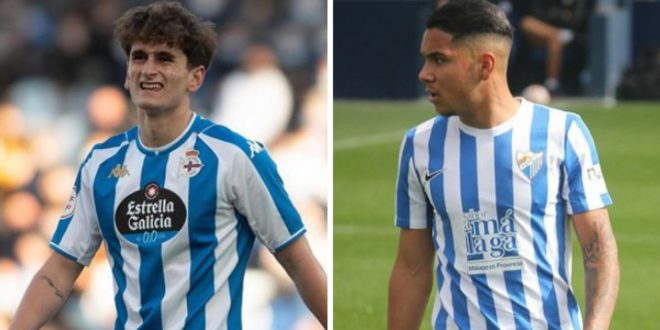 Real Madrid are not only focused on closing the Mbappe deal as soon as possible following the inclusion of Rudiger. The White Club is also taking steps to strengthen the attack. Specifically, those in charge of the Real Madrid academy’s sports area are working to sign two of the most futuristic strikers on the Spanish scene: Loren Zuniga and Noel Lopez. The first plays in Malaga and the second in Deportivo La Corogne. Both are strikers for the Spanish national under-19 team.

Loren Zuniga’s contract with Malaga expires in 2024, but Real Madrid’s sports department has already started contacts to sign him this summer. He is the main striker for the Spanish national team led by Santi Denia. Away from Madrid, Borussia Dortmund and Juventus were also interested in him, although his priority should he leave Malaga is to sign for the white club.

And while the steps to sign the Malaga striker are progressing, Real Madrid is also trying to seal the signing of player Noel Lopez. Negotiations between representatives of the white club and clients of the jewel of A Coruña have been going on for months, but they have not yet come to fruition. Another year left on his contract with Aldebor. The player even received an invitation from Real Madrid to attend the Champions League match against Paris Saint-Germain at the Bernabeu, which ended with an amazing comeback by Ancelotti’s men.

However, the interest of Atletico Madrid and some foreign clubs means his move to Madrid has not yet been closed.

The potential additions of Loren and Noel will come to cover the vacant positions that Latasa and Gudjohnsen will surely leave at Real Madrid Castilla, who will almost certainly not continue next season under Raul Gonzalez. The club understands that their phase in the reserve team has already ended and they will request a departure to play for a team in a higher category.