Real Madrid are threatening to run away at the top of La Liga this season as rivals Barcelona and Atletico Madrid struggle.

But with Carlo Ancelotti back in the Madrid hot-seat, Real are firing on all cylinders, with Karim Benzema leading the line.

You can check out this bet365 review to see whether the 1/5 odds of Real winning a 35th La Liga championship constitute printing money or not.

Vinicius Junior is also emerging as the heir to Neymar’s throne in Brazil and he is third in the top scorer charts this season, with 10 goals.

Strong figures from the vice-captain, with Brazilian left-back Marcelo skippering the side following Sergio Ramos’ departure to Paris Saint-Germain.

Real should walk the league this season, but they may need a star name to challenge next season.

According to Spanish football expert Guillem Balague, this summer will be all about Erling Braut Haaland.

“He would get more money in the Premier League, but he prefers Spain,” Balague to BBC Sport.

“The lure of Real Madrid and Barcelona is still powerful.

“The relationship which exists between [Haaland’s agent], Mino Raiola, and [​​Barcelona president Joan Laporta,] is close.

“If the money is there, they [Barcelona] would be considered as an option, and in exchange, Laporta would sign some one Raiola’s young stars.

“Barcelona have also been linked to Ajax star, and Raiola’s client, Noussair Mazraoui.

“If Barcelona manage to get that money, Haaland would love to go to Barcelona.

“But that is what Raiola is telling Laporta. I doubt he has stopped talking to other clubs, including Juventus, Paris St-Germain or Premier League ones.”

But Balague goes on to suggest Barca will be coming in strong for Haaland, 21, suggesting they could be back in the title mix with Xavi bedded in at the helm. 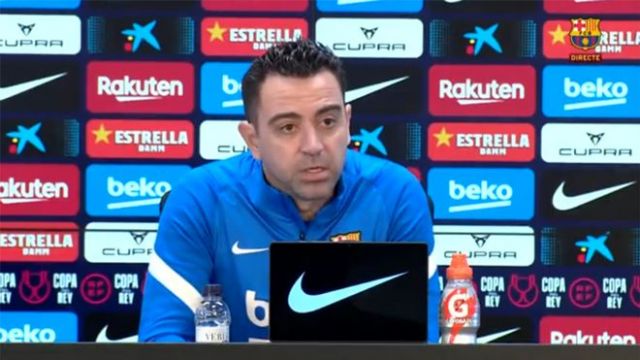 “Barcelona need to get rid of big wages and big players, but it’s possible, and they’re confident they can do it,” the regular pundit on Sky Sports’ show Revista de La Liga added.

“Laporta is selling a hopeful future. He’s trying to imply they’re up for getting any of the big players and Haaland is very possible.

“How do they get Haaland? They get rid of a bunch of players and Philippe Coutinho, Samuel Umtiti, Sergino Dest, Clement Lenglet, Frenkie de Jong, Martin Braithwaite, Oscar Mingueza, Luuk de Jong are for sale and then they bring in someone.

“It’s complicated, but not impossible.”

So with all that in mind, you’d be forgiven for thinking Barca have already given up on fighting back this season.

They are 15 points behind Real as it stands, but really it’s all about how strong Los Blancos look.

Real look a new side to the untrained eye, but with Thibaut Courtois, Eder Militao, Vinicius Jr, Benzema, David Alaba, Casemiro, Rodrygo and Marco Asensio they have great professionals in the dressing room.

Militao is only 23, Vinicius still just 21 and Rodrygo 20 and others like Federico Valverde 23 and Eduardo Camavinga 19. 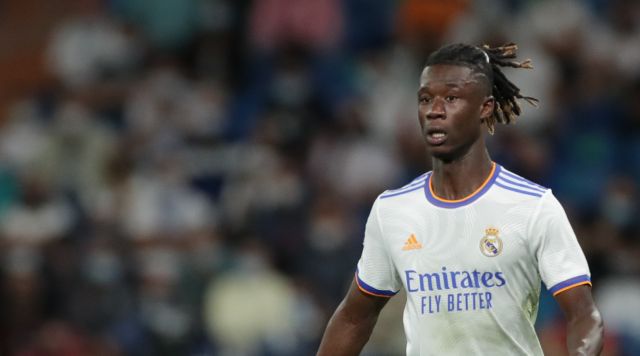 Camavinga is the jewel in Madrid’s crown, joining for just shy of £30m last summer from Rennes in France.

Bet against these young tyros at your peril, although next season will be a different story.