Diego Simeone believes his Atletico Madrid side were made to pay for their lack of force as the defending champions lost 2-0 at Real Madrid.

Los Rojiblancos’ winless La Liga run at the Estadio Santiago Bernabeu stretched on as they lost yet more ground in the title race.

Goals either side of the break from Karim Benzema and Marco Asensio decided the tie in favour of Carlo Ancelotti’s hosts with Atletico now facing a mountain to climb in 2022.

The win moves Real Madrid eight points clear at the top of the table, with a 13-point advantage on Atletico, who remain in fourth place overnight.

However, despite creating chances to force their way back into it late on, Simeone stated their lack of intensity cost them on a big night in the Spanish capital.

“Until the first goal it was an even game, without chances, but the forcefulness of Madrid decided the game”, as per reports Marca.

“In the second we grew into it, and we had some dangerous situations, but when the second goal came, they won it fairly. 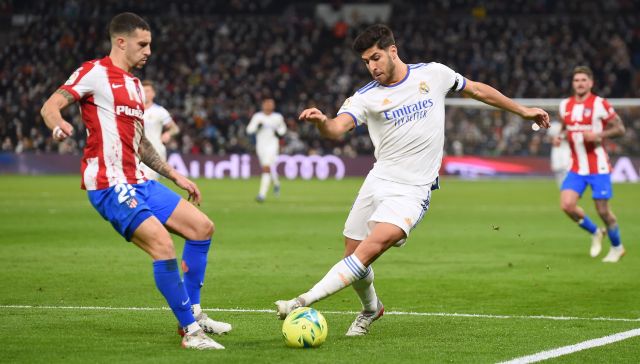 “Real Madrid have secured an important amount of points so far this season but there are many games and points left to play.

“It is a complex league and we must focus on our nearest rivals in the table first.”

Atletico travel to rivals Sevilla in domestic action next weekend before wrapping up 2021 an away game at Granada.